Accidental President is a female-fronted Alt-Rock 3 piece playing their own brand of hard rock mixed heavily with goth and metal influences — with a theatrical flair. The band is set to release their self-titled debut album on Wednesday, 1 July 2020. Today, the band is thrilled to reveal a brand new music video Rotten Child, to offer a taste of what will hit you.

Accidental President says about Rotten Child: «Reflecting on childhood, remembering the different perceptions people had, longing to fit in, to integrate, but ultimately feeling outcast.»

Currently composed of Bethany Neville on lead vocals, Dave Ben Lee on Guitars, and Leon Cadden on Drums, Accidental President is at their peak performance. Each band member brings in their own prized talents. In fact, Dave earned a fellowship from London College of Music in Electric Guitar, Leon has been playing drums in successful bands for too many years to count, and Bethany brings in an unmatched vocal talent that has been praised by fans and critics alike.

If their musical talents don’t immediately captivate you, their live performance will. Each live show is packed full of visual stimulation. A rapidly growing fanbase locks in to see the spectacle. From creative costumes to an in your face stage show, Accidental President is not a band you want to miss live. The press agrees:

“A hard rock, gothed out, extravaganza of a live show that music dreams are made of” The Music Producer

“Stadium-rending riffs, crushingly dramatic builds and a hard echoing and choral vocal. Bold and struck by a furious passion for that original rock ‘n’ roll carnage, these performers are impossible to ignore.” Happy Mag

If not obvious by the name, Accidental President is a band that wants to share their ethos of social awareness. This is especially relevant in our current times of political upheaval and inequalities around the world. The band connects with their listeners on a level much greater than just the music. 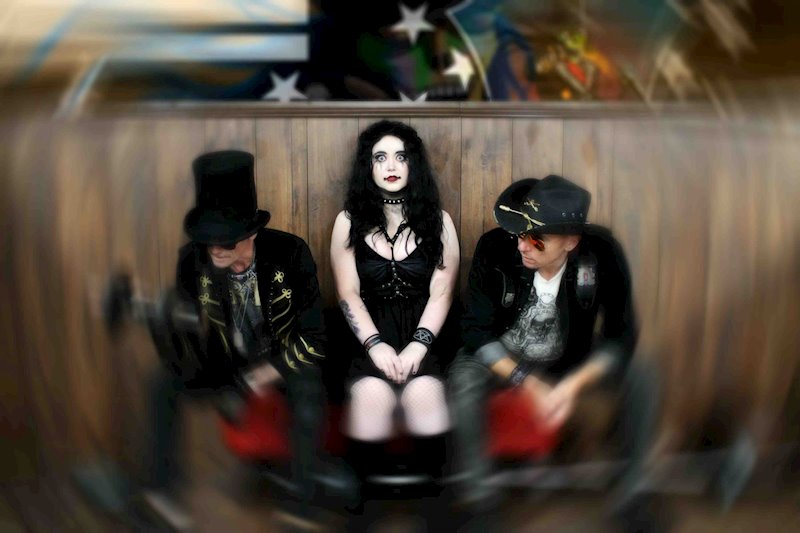 Hard work and passion are the backbones of a successful band and Accidental President fits the bill perfectly. Originally formed in 2015, the group has gone through a long, hard road of ‘Spinal Tap-esqe’ lineup changes and life events that caused a lot of pitfalls in their development. Their passion never slowed though and Accidental President used these challenges as motivation to build something spectacular that is now ready for the world to hear.

The Sydney, Australia based band has formed its own brand of hard rock mixed heavily with goth and metal influences. Adding to their intrigue and performance, Accidental President throws in a theatrical flair to grab all of your senses.