FLESHGORE played tours and festivals in 20 countries over Europe and Australia. They were released by different labels such as This Dark Reign Rec./Devil Doll Rec. (USA), Nice To Eat Yo u Rec.(CZ), 666 Records (DE), Moon Records (UKR), Xtreem Music (Spain). Band played at biggest and most well-known festivals like: WACKEN (DE), Brutal Assault (CZ), Fuck The Commerce (DE), Fest of the Dead (Australia), Obscene Extreme (CZ), More Than Fest (SK), MHM Open Air (UKR) and others… 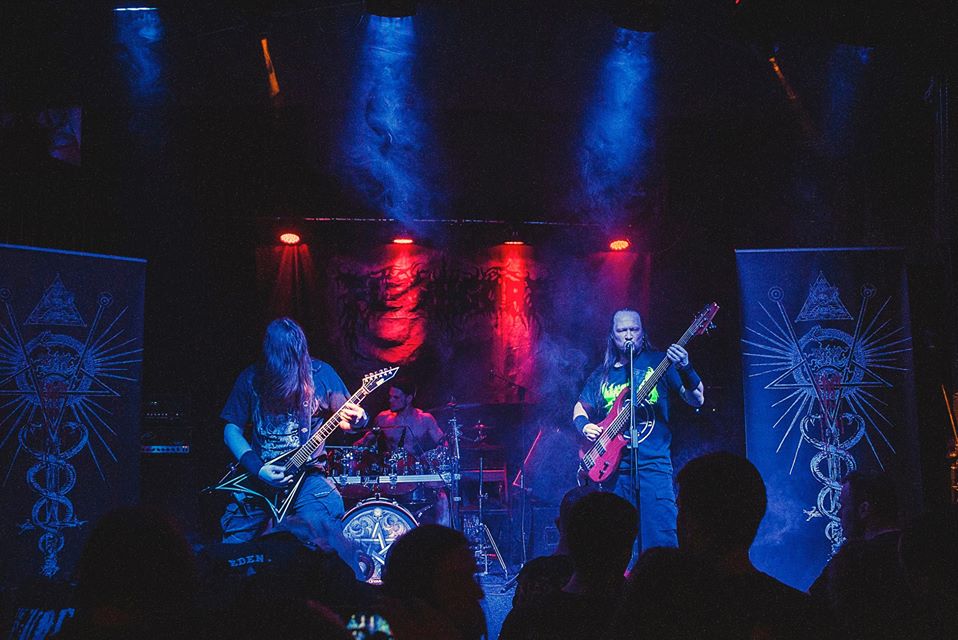 FLESHGORE was formed in 2000 in Kyiv, Ukraine. In 2003 the band recorded their debute CD «Killing Absorption» in Berliner Domino Studio and after the first CD release band toured over Europe during 2003-2004. In February 2005 in polish Hertz Studio “May God Strike Me Dead” was recorded during 6 days. In the support of this release the 30-days expansion to west was started – “Mega Strike Europe in Chaos To u r” over 10 European countries. Soon with the aim of worldwide spread the contracts with American “This Dark Reign Records” were signed. Soon band played at some well-known European festivals like «Wacken», “Brutal Assault” and others.

In October 2007 band touring over Australia and conquering a new continent together with The Berzerker, The Amenta, Blood Duster, Akercocke. Soon new CD «Wake Up For Freedom» was released on 666 Records. During 2008-2013 FLESHGORE was reformed several times with a new members in line up. But band played live shows and festivals and also recorded experimental material that was called «Defiance to Evil». In 2013 band come back as a trio and decided to back to the roots. In 2014 band release of the new EP ”Domain of death” that symbolically mark FLESHGORE’s return to its roots! Soon band signed a deal with label Xtreem Music and in 19th feb 2016 release their 5th full-length CD ”DENIAL OF THE SCRIPTURES”