For 13000 years, the Black Knight satellite is said to orbit our planet. There are many theories about this mysterious object. What is its purpose? Was it made to spy on us? Does it have an influence on our future destiny? Does it even exist? 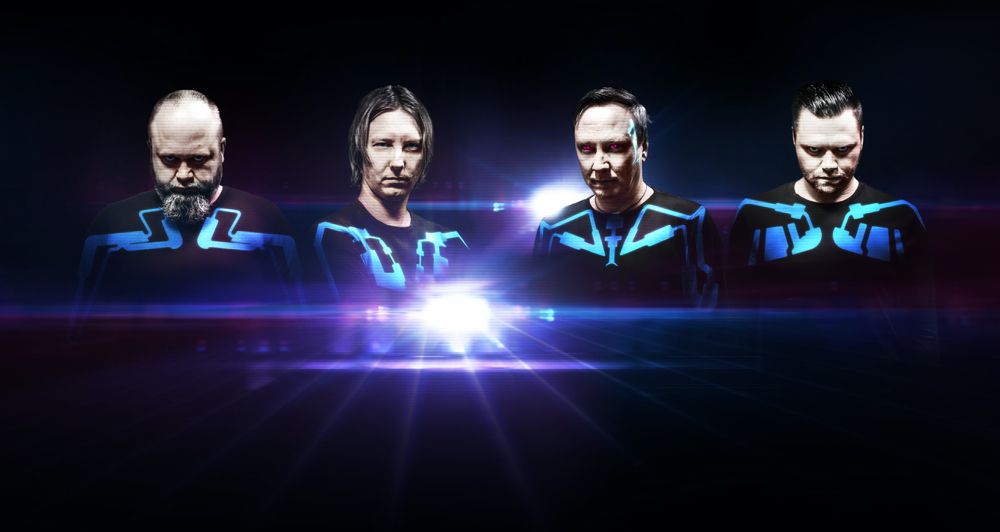 All these questions are discussed in «Black Knight», the latest single by Austrian cyber metal band Pulse, which will be released on May 29 by NRT Records. Fans will get a first taste of Pulse’s upcoming album «Adjusting the Space».
In 2014, Pulse was founded by Nemesis, singer of Astaroth. Besides him, bassist Vidar, drummer Pulsar and guitarist Dom (since February 2020, replaces Inferus who left for personal reasons) complete the band. In 2015, they released their first album «Extinction Level Event». The futuristic mix of cyberpunk and metal was considered convincing and successful — not only on CD. Their live performances, where they enter the stage as if they came directly out of a Ridley Scott movie like Blade Runner or Alien, are a spectacular experience.

Past performances include appearances at the «Schattenwelt Festival» and the «Wave Gothic Treffen» in Leipzig. After all their concerts, they returned to the studio by the end of Summer 2019 to finish their new album «Adjusting the Space».

February 2020 did not only mark the arrival of Dom as the new guitarist, but also the signing at German independent music label NRT Records, which will release the long awaited album «Adjusting the Space». With «Black Knight», the first single, which comes along with a lyric video, should be seen as an appetizer of what is coming. Fans of electronic flavored industrial metal can therefore look forward to an exciting 2020.