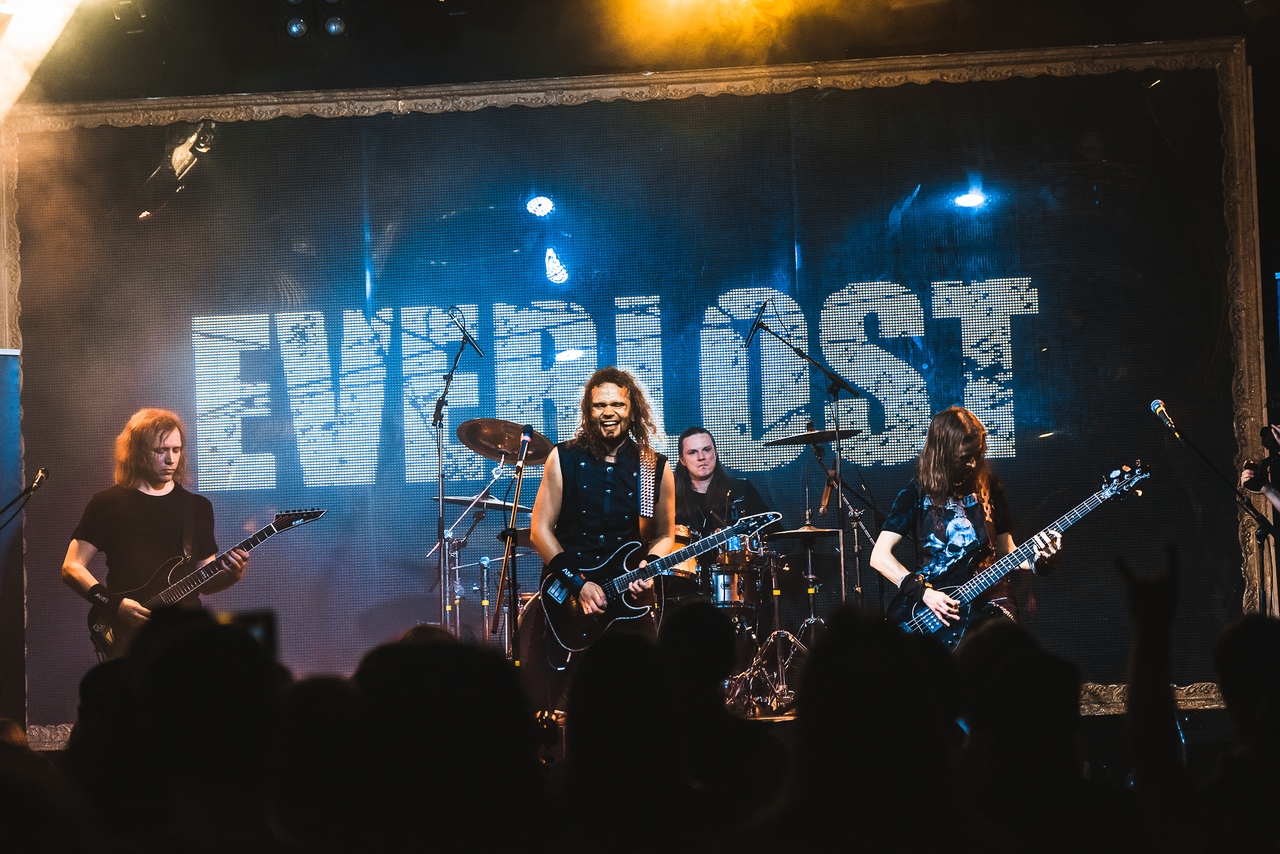 Everlost is one of the most famous Moscow modern metal bands featuring Andrey Smirnoff (U.D.O., Dirkschneider) on guitars/vocals.

Everlost was formed in April 2001 by two guitarists — Andrey Smirnov and Pavel Chernobay. After rehearsing together for a long period they’ve decided to find musicians on vacant places, because songs for a promo record were almost finished. Soon, vocalist Dmitry Antonov and bassist Sergey Volkov (who was already author of all the lyrics) joined the band. Band’s first promo CD Suicidal Instincts was recorded with this line-up. Regarding all advantages and disadvantages of the record, it was welcomed by the fans and the critics. In the spring of 2003 Dmitry Antonov left the band due to personal reasons. It was decided to pass vocalist’s duties to Andrey Smirnov. At that time Everlost also gained drummer Sergey Serebrennikov. So, at the end of 2002 band’s line-up was finally completed. After that Everlost started to perform at the clubs of Moscow together with various famous bands, preparing new material at the same time. At the beginning of 2003 band’s set list consisted of more than 10 tracks, 6 of which were the new ones. Fresh material absorbed the elements of various styles of heavy music, such as sympho-black, doom and even power-metal.
Digital singles Warrior and  Supernova, 2020
V, 2016
Digital single Плавится Воздух, 2012

The title of Everlost’s latest album «Put Nepokornyh» («The Way Of The Rebellious») perfectly describes ten years of the band’s life. On their fourth album Everlost once again ignore any kinds of style boundaries and present their own special mixture of aggressive riffs, beautiful melodic solos and electronic sounds. Finally, angry growl of Andrey Smirnov surely won’t leave you indifferent. On September 17, 2011 «Put Nepokornyh» was released in the form of digipack, which features 14 page booklet with unique surrealistic illustrations for each song. Besides audio tracks, the CD contains bonus multimedia section for MS Windows.
Album was dedicated to the memory of Everlost’s guitarist Pavel Chernobay, who died in 2009 at the age of 26.

During all of 2008 Everlost were writing and recording songs for their third studio album, which was called «Eclectica». Finally, on the 16th of February 2009, the album was out. This release became Everlost’s first album with the lyrics in Russian. Another surprise for Everlost’s fans was guest vocals by Evgeny Egorov from Epidemia, who did a lot of choruses on the new CD and also performed two beautiful rock ballads — a kind of songs that was never done by Everlost before.
Musical style of the album could be described as modern-metal, aggressive and melodic at the same time. Besides modern electronic arrangements, Eclectica features some live instruments, such as a violin and a grand piano.

The works on the second album «Noise Factory» started on the 3rd of January 2006. This album of ambitious Moscow quartet became a real sensation on Russian metal scene. Recorded in one of the best metal studios of Moscow, «Noise Factory» features technical yet catchy riffs, beautiful solos and rich modern electronic arrangements. Aggressive growls of Andrey Smirnov and guest vocals by Maxim Samosvat, one of the most famous Russian singers, drive the energy of this album right into listener’s heart.

Bitterness Of The Triumph, 2004

In the autumn of 2003 Everlost finished recording of their debut album Bitterness Of The Triumph. The recording took place at the Megaton studio. At the end of 2003 Everlost signed a contract with the biggest russian label Soyuz Music and on March 27, 2004 their album was released. Shortly after that, the band participated in the Battles In The East tour of Vader, Polish famous death-metal monsters.