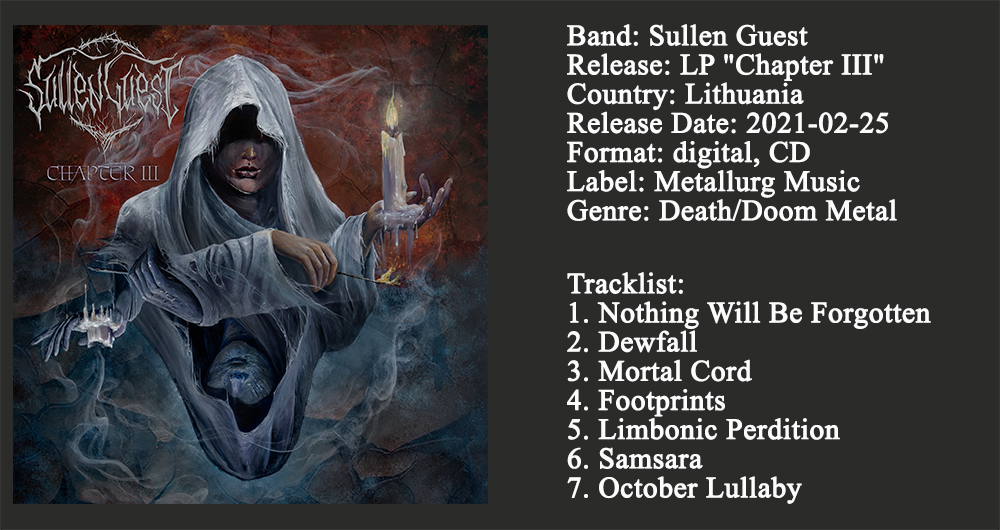 “Chapter III” based on the foundations of Old School death/doom sound, at the same time mixed with brighter melodies and more alluring rhythms. 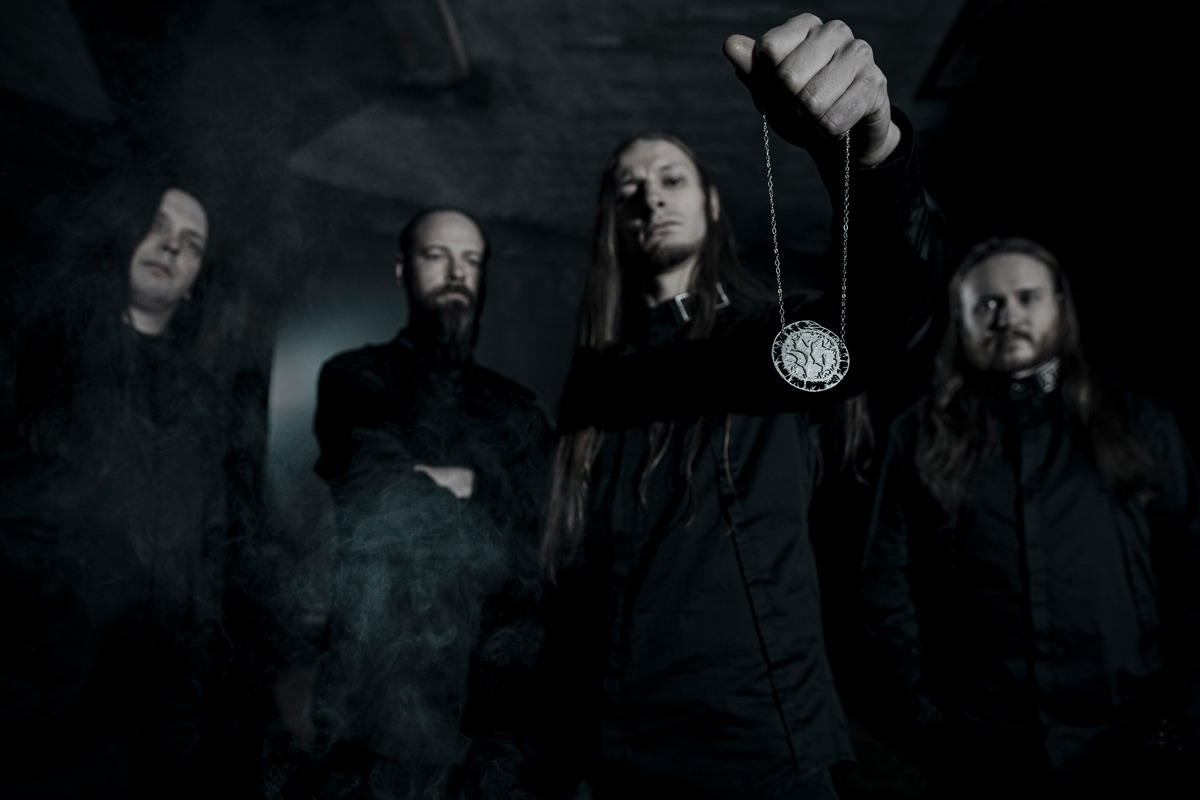 Started as a female-fronted band with the EP «Will You Greet the Sullen Guest as an Old Friend?»(2015) followed by a major change of line-up and a search for a distinctive sound, in 2018 recorded and released the second album, “IIIIXXI” in which teachings of the old school can be heard.

In the damned year of 2020 Sullen Guest released a music video “Samsara” representing another transformation of the band towards emotional salvation.

Named “Chapter III” the most recent album will be published in early 2021 in which the fragility of life, the pain of the soul, the shocks of life, and death were the main influence for its creation.

SG has played in more than twenty live shows across Lithuania, Latvia, Estonia, and Russia.