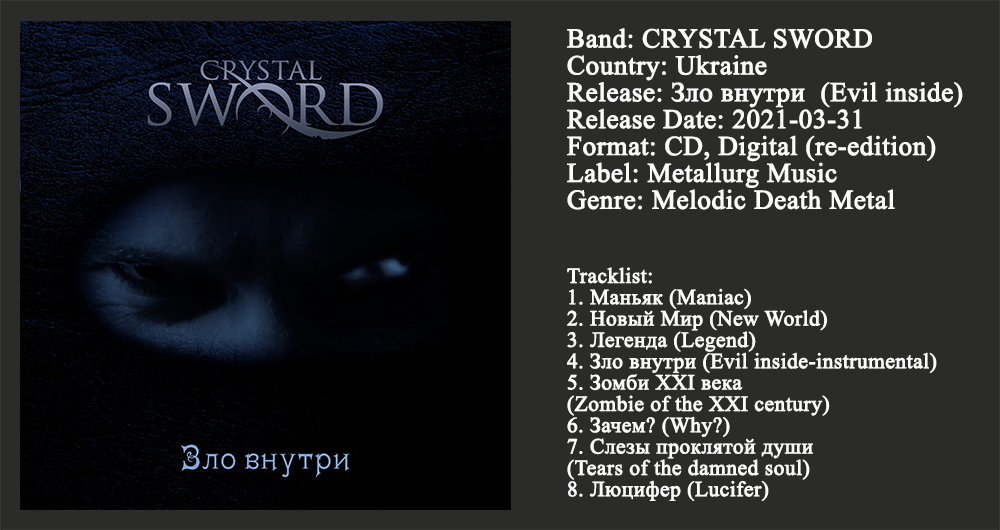 The sound of Crystal Sword appears more like a mix between US Death and Melodic Death, with the addition of a massive use of keyboards. 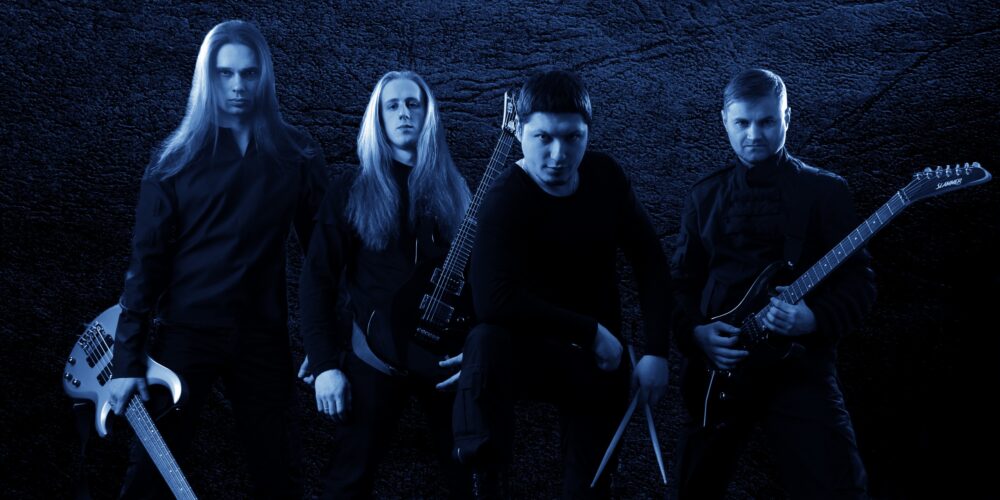 Ukrainian melodic death metal band CRYSTAL SWORD from the city of Chernihiv was created in May 1999 under the name Blackend.

In the summer of 2003, the band began recording their debut album, which was released under the name «Old Man».

On September 15, 2007, a solo concert was held in Chernihiv, at which the entire program of the group was presented.

The beginning of 2008 “Crystal Sword” was marked by performances in Kiev at the “Tattoo fest”, in Kremenchug with “Corrosion of the Metal” and in April 2008 the band responded to the invitation to take part in recording cover versions dedicated to the 20th anniversary of the album “Order of Satan” songs «Lucifer». A month later, the team presented their work in Chernihiv, warming up the local audience before the performance of the same Metal Corrosion.

In 2013, the band released their second album, but then, from various circumstances, there were few concerts and the band stopped playing live.

In 2021 were decided to re-edition albums and share it all over the world and hope people can listen our music.

So never say never… Currently, the band can be listened to on recordings, but we hope to play for you some day!