The band was founded in 2014 and began touring after a few months. After many rehearsals, concerts and line-up changes, in 2017 the band releases the first AIRSTRIKE demo (DEMO), made by Dariusz Witkowski at Studio Megawatt. In September 2016, Airstrike begins cooperation with a new drummer (Kornel Kłos), and in the 2017 with a new bassist (Maciej Subzda). With the current line-up, he has already played almost 30 concerts. 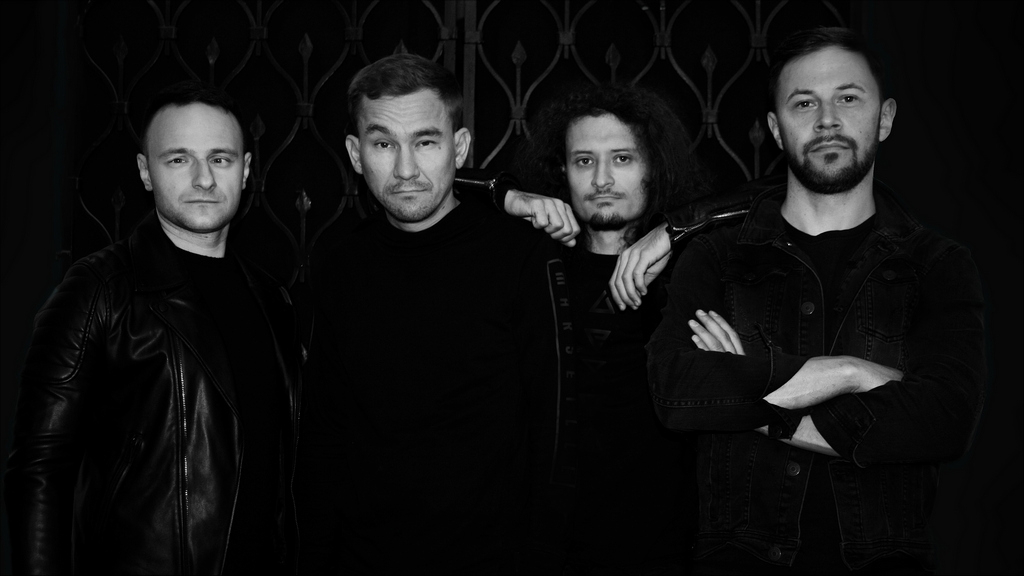 During the pandemic, work and recordings for the debut long-play started. The process of recording subsequent tracks, mixing and mastering lasted from July 2020 to August 2022. So the first Airstrike album is ready and you’ll find 11 tracks on it. Soon it will be available as a physical release on CD and on the Internet on Spotify, Tidal, Soundcloud and YouTube.

Four fans of heavy sounds, creating songs with strong riffs, spiced with original texts. Each of them has been playing for many years, listening to various sub-genres of rock and metal (and not only), which influences the sound of the band. Recorded demo on account and LP creation process almost finished. They had the opportunity to play concerts with, among others: Nocny Kochanek, KAT & Roman Kostrzewski, Turbo, NeuOberschlesien, Non Iron.