Crashtime release their debut album Valley of the Kings

The Swiss old school Heavy Metal band Crashtime release their debut album Valley of the Kings on August 14th. The album is a follow up to their demo EP in 2017.

Crashtime explains the intention of Valley of the Kings: «One album for fans of old school heavy metal. Nothing is ironed out smoothly, overproduced or trimmed to perfection. Here you only get exactly what makes an old heavy metal fan heartbeat faster. Simply a great Metal record with hits like ‘Mirror Maze’, ‘No pain no gain’, ‘Circle of Tyrants’, ‘Valley of the Kings’, the epic ‘Princess of Siberia’ (feat. Seraina Telli from Dead Venus, ex Burning Witches), the pirate song ‘Castaway’ or the cult song ‘CT Metal’. A great album that every true and old school metaller should like.»


Crashtime are fully committed to the old school tradition: «We will remain true to your genre in the future. The metal wheel is not supposed to be reinvented, but the flag of 80/90 Heavy Metal is held high.» They are proud to be part of the great Metal variety and that’s what the name Crashtime stands for.

In terms of lyrics, the album deals with contemporary, everyday and social topics towards historical and mystical stories. The band released also a music video for the song Mirror Maze. 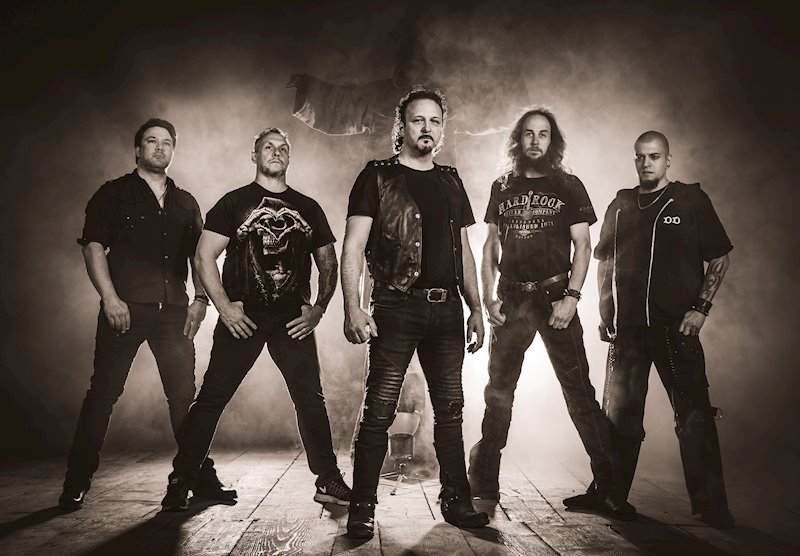 Bio:
The Swiss band Crashtime was formed in 2007. Three of today’s active members already rocked the stage as teenagers. They met at an event when they decided to make a comeback.

In 2011, they released a self-titled EP which amongst other things was featured on Radio32’s show Rock it! The album contained cover versions of popular songs from different genres as well as a couple of their own compositions. Over the course of the following years, they played numerous concerts in Switzerland and lately also in Germany.

Crashtime celebrates classic power metal. Their powerful and energetic sound comprises every facet of the 80s and 90s and combines it with modern influences. Two-voiced guitar riffs are accompanied by massive bass lines and driving drums. Distinctive riffs and melodic voice lines incite the audience to sing along. The vocals with expressive vibrato cover all aspects from lyrical to rough styles. Finally, the diverse songwriting and lyrics – which are designed to enable the listener to project his own feelings and thoughts into the songs – round the overall picture.