Dying Vision was founded in London by Starash (Former Devilish Impressions), Navar and See-King(Ex Diachronia).
With each member having already developed their individual taste and style, it was forged as a complimentary mix of eclectic tastes that showcased a whole range of musical influences and genres. As a result, the band agreed that they couldn’t really be categorized into a singular sub-category in extreme metal and that makes them happily diverse!
After a few alterations, the band prepared and recorded their debut album which was split between two studios in Poland under the supervision of Arkadiusz Jablonski. 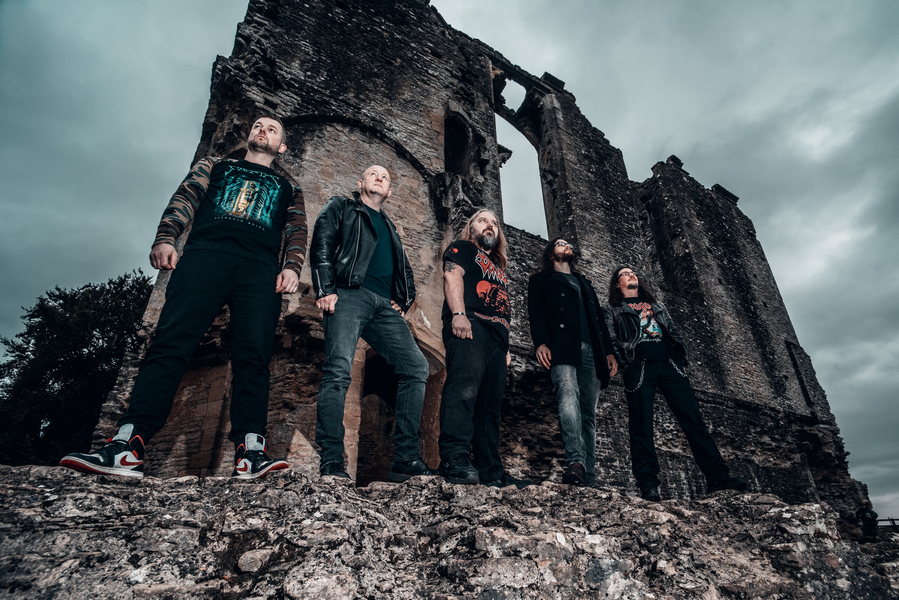 Vacancies opened in the band and along came the Brits! First Owen Padfield (Edge of Ruin and Tyrannos) joined on Bass Guitar followed by Richard Ashton (Deep Throat Trauma, former: Axis Of Evil, Deathtrip Armada, Hollow Demise and Ritual Abuse) the following year.
Soon after, a series of live performances across the UK followed. This included the band making it to the Metal To The Masses final which sees the winners play the legendary Bloodstock Open Air Festival.
In parallel to the live shows, new song ideas emerged. Experimental and refinement iterations continued until they whittled down to seven songs for the second release! Finally, mixing and mastering for The Death And Its Slaughter by aforementioned producer Arkadiusz Jablonski at Monroe Sound studio was complete.