HATE BEYOND is quite simply the heaviest, most audacious Thrash Metal band Japan has ever produced.
Formed in 2001 by samurai shred guitarist WARZY, along with French vocalist MORENO GROSSO (ex-NO RETURN), the band quickly garnered a following in the Japanese metal scene. 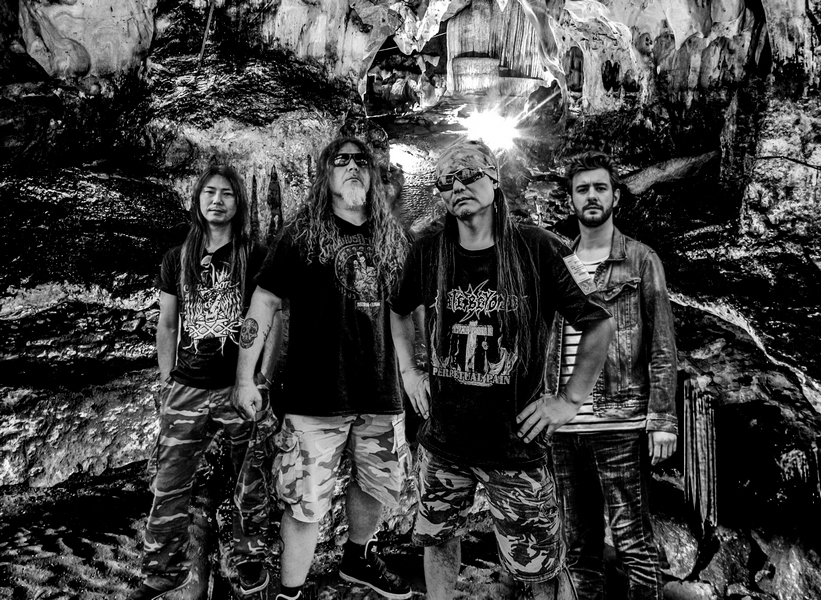 Guitarist WARZY had previously made a name for himself in bands such as INZEST and NARCOTIC GREED. His intrepid style and ferocity on the guitar showed he was ahead of the pack. A collaborative alliance with MORENO ushered HATE BEYOND to the European audience, opening the doors and introducing metal fans to a brutality hitherto unknown.
The music of HATE BEYOND is ultimate Thrash Metal. WARZY manages to forge speed, riffs, solos and melody into something truly lethal.

The band has released six studio albums. Their latest “Strangled Existence” was achieved with a new international lineup featuring the frighteningly capable MAX DUCAT (ex-DEADLY WHISPERS).
The band continues to evolve and amaze audiences worldwide. Blasting rhythms, killer guitar work, and roaring vocals that are nothing short of infernal.