The history of Ukrainian band Hellion began in the spring 2005. The founders of the band were guitarist Alexey Pasko and drummer Oleg Talanov. After a few rehearsals they were joined by bassist Alexander Sitalo and soon after by guitarist Anton Pavlenko. Place of a vocalist was tested by several candidates & remained vacant for a long time, as a result Alexander Baev took place of vocalist. In this line-up, still unnamed band started rehearsals. In the course of creation, the songs turned out that the musical material is a fusion of thrash, death and progressive metal, which corresponded to the different aspirations of musicians.

After long name discussions guys stopped at Hellion. Chosen the name and prepared material — first demo, solemnly titled «hellion», the band was ready to begin live concert performances at spring 2005.An international festival metal heads’ mission 2005 became the first concert stage, where the musicians were passing a very serious competitive selection and played in the company of such giants as napalm death and others. Autumn-winter 2005-06 – the period of the first concerts. Throughout 2006 an active touring activity continued and studio work on the first album begins.In October, the band signed a contract with moon records (UA) to release the debut album «strong enough”In general, in 2006 — early 2007 «hells» are already played dozens of concerts throughout Ukraine In October 2007, «hells» played on the extreme metal festival (Kiev), where shared the stage with Kreator, Amorphis. Somewhere after that, the musicians decided to change the name hell:on, to avoid confusion, note that the bands with that name already exist in the world at the moment. Based on the voting of the main metal-portal of the country froster.org, hell: on recognized as the best metal band of 2007. 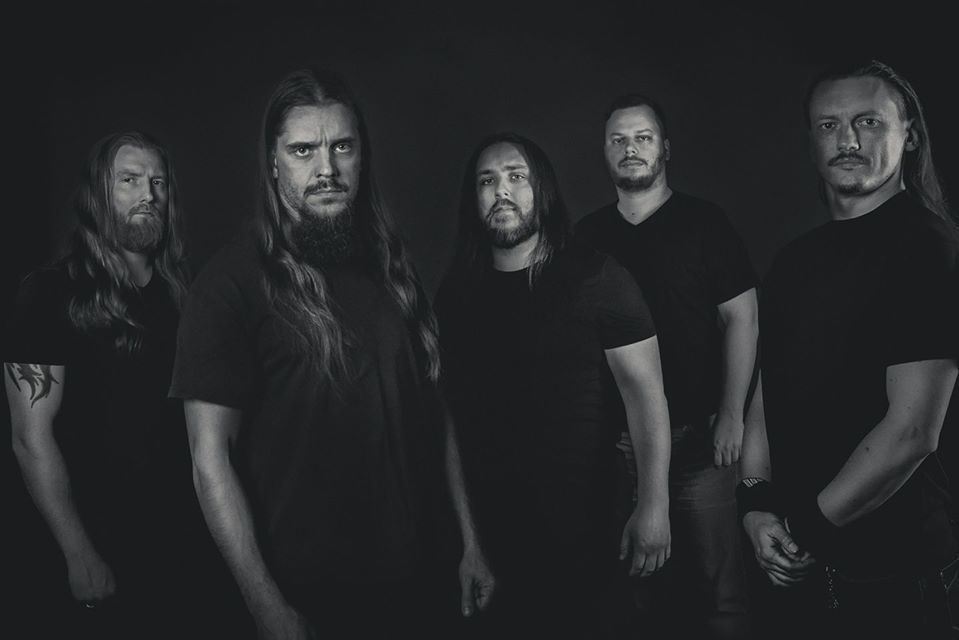 The winter of 2007-2008 — the period of starting work on new material. Of live performances are worth noting departure for international metal-fest «black winter days» in St. Petersburg (Russia). The rest of the year the band dedicated for work on the second full-length album.The album «re: born» released by comp music / emi, exactly two weeks before the end of 2008, which did not prevent it from took 2nd place in the ranking of the best metal album of the year, according to the same froster.org.During 2008 -2009 lots of concerts were played.  Most successful were the concerts with such bands like Arch Enemy, Sodom, Vader, Rage, Lake Of Tears, etc.Fall 2009 – during the «hell damage tour», the guitarist Anton Pavlenko left the band. At the end of the tour he was replaced by Anton Vorozhtsov, who became a full member of the band.Together with a new guitarist the band began recording new material. In the spring of 2010 the network appeared ep «in the shadow of emptiness», which marked a new milestone in the life of the band.

Since the release of internet mcd, «hells» managed to attend concerts in Poland, Hungary, Czech Republic, parallel leading the work on a third album.Meanwhile the growing popularity of the band began to attract interest from many labels. In the summer of 2011 debut album «Strong Enough» was re-released on Nocturnus Records (ua), with a new design (the design by Nurgeslag: Rotting Christ, Mournful Gust, Flying .. etc.) And completed ep «Beyond The Fake», which was previously came out only as an internet release.In autumn 2011 the band signed a contract with metal scrap records (ua), and in October the same year was re-released the second album of the band by the efforts of total metal records (division of metal scrap records) and Metalism Records (Ru).

This edition was supplemented by bonus tracks & video. Cd comes in a completely new design (the design of Ptys: Helloween, Quo Vadis .. etc.The entire 2012 band intensively toured. Hell: on spent several European tours in Poland, Hungary, Czech Republic, Slovakia, Germany, took part in several international festivals, including metal fest along with: Megadeth, Fear Factory, Kreator, WASP and others.At the same time, the band continued to work on their third full-length album. Work on the material was completed by early summer. Guest of the album record session was jeff waters (annihilator).The third album «age of oblivion» was released in July 2012 by the Ukrainian total metal records (world edition) and the Russian MSR productions (for Russian territory only).In the end of 2012 Hell:On started to work on the fourth album entitled “hunt”.

Around the same time the band signed a label deal with newly formed German metal-label ferrrum.com. Recording sessions were finished in the summer of 2013. Such remarkable guitarists as Andy Larocque (king diamond) and Marek “Spider” Pajak (Vader) starred on this album. Front cover artwork was done by Seth Siro Anton, who is known not only as a vocalist/guitarist of septic flesh but also as a talented artist who did artwork for such acts as Nile, Moonspell, Exodus, Vader and many others. This album was released on November 25th, 2013. To promote the new album Hell:On joined the hell revisited European tour as a headliner, touring Germany, Czech Republic and Poland in October 2013. Same year the band was nominated for the best Ukrainian metal act 2013.In 2014 the band started to work on the new album “once upon a chaos…”, and in the beginning of 2015 finished the recording sessions. This work is definitely a ground-breaking release for the band, and the most powerful work to date. 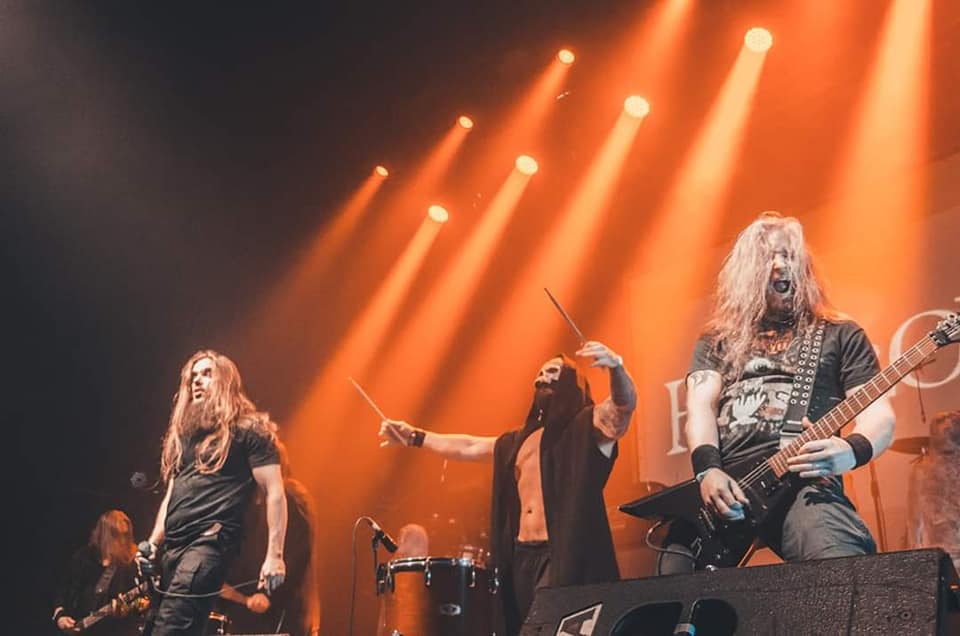 Keeping their deep roots in death metal, the band decided to introduce some experimental features into their music via the use of some traditional instruments like sitar or goat-pipe, and they succeeded in this trial delivering to listeners a powerful and apocalyptic album! One has to mention also that guest guitar solo on the new album was performed by Andreas Kisser (Sepultura).At 2016 – 2017 band was touring a lot, visiting Poland, Czech Republic and Germany with concerts and the same time composing material for new upcoming released that planned for 2018. To sum it all up, Hell:On is probably one of the most dynamically developing extreme metal band from Ukraine – a country that already has a thriving metal scene. Without any doubt it holds the title of the ‘most touring band’ from this county having shared the stage over the years with such metal giants as rage, Kreator, Amorphis, Napalm Death, Arch Enemy, Sodom, Vader, Megadeth, WASP and others.