Hurricane On Saturn is the visionary project formed in late 2019 by unknown masked musicians aiming to rework the melodic metalcore with EDM creating a new modern crossover style. 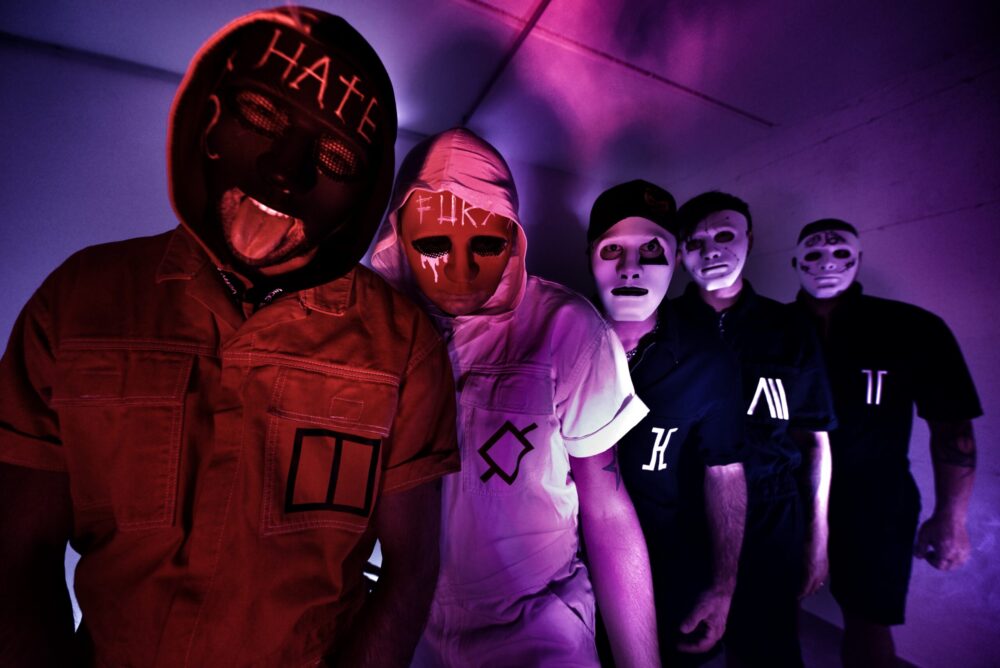 The self-produced debut album “Killing Field» mixed by Evan Rodaniche (Cage9, Powerman 5000) was published in November 2020 and it was described as a proposal out of any classification based on a unique use of electronics combined with rock, rap, metal and post-hardcore influences, receiving good feedback from both critics and audience — still considering the impossibility to properly support the release with live performances due to the global pandemic.

During 2021 the band has published three brand new singles titled “Outsider”, “Crumbs” with the participation of Hugo Ribeiro (Moonspell) at the drums, and the last one «Dust Devils» mixed at Studio Fredman with the legendary Swedish metal producer Fredrik Nordström.

The release of the second album «φnx» is planned for the end of 2022 and the official audio from the first single «When War Comes» has been made public in March 2022.