Mario Rossi is a Brazilian guitarist and singer based on São Bernardo do Campo (São Paulo State/Brazil). He has been moving forward in music since 2004, when he was 18 years old and made his live debut. Nowadays, as a confident player, he treats riffs, licks and melodies with respect and wisdom. 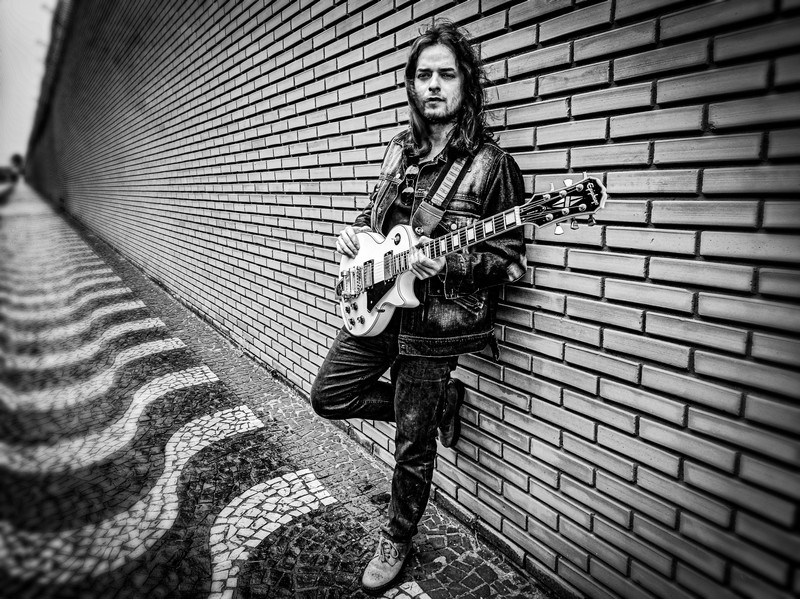 In 2013 and then 2015, he joined the band that accompanied the American bluesman John Primer in Brazil.

On November 1st, 2019, the Brazilian guitarist and singer released the first studio album of his own band, Mario Rossi Band. ‘Electric Art’ is a nice Rock and Blues piece of work. It has 8 new original tracks, with a beautiful vintage guitar tone. The album takes us to golden ages of music (something that’s not seen too much nowadays).

Less than one year later, on September 18th, 2020, Mario Rossi Band released a new studio album, ‘The Same Old Street’. It’s an intense 10-track journey through Classic and Blues Rock. The songs are all original ones and give us a good taste of his arsenal of riffs and licks inspired by some of the great rockers from the 60’s and the 70’s. The record is a natural step from ‘Electric Art’, and shows that definitely Brazil isn’t only the Bossa Nova and Samba land.