Reap the Light was formed in November of 2020 in the United States by Reverend Kuzz (bass/guitar) and Orion Hellraiser (guitars/drums). These days the band is constantly working on new music and are in collaboration with Tim Ripper Owens on a song called, Back to Bedlam.
American Groove/Heavy Metal band Reap the Light released their debut album «Deliver Hell». The release was recorded at “Haxan Studios” in Edomex, Mexico, and mixed/mastered by Orion Hellraiser.
The songs on this album reflect great diversity in the writing, while staying true to the genre of Metal. 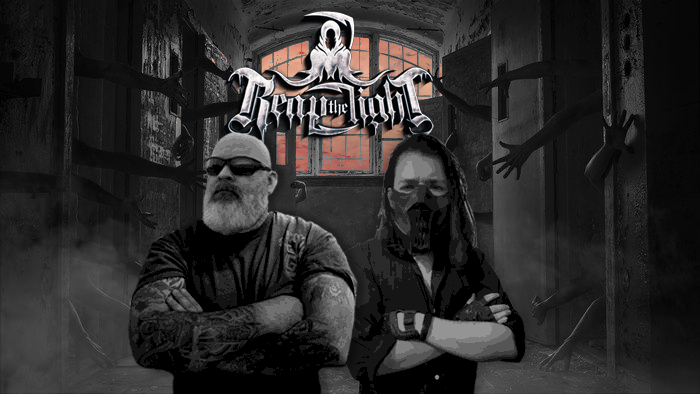 Rev: Originally a published author, Rev wanted to experiment with music. He was constantly writing and decided to break into song lyrics. Looking for a more experienced musician, fate led him to Orion Hellraiser and the rest is history.
Rev grew up listening Iron Maiden, Judas Priest, Dio, Dokken, Accept and Fates Warning. He has stayed in the genre as he has gotten older, so this was the avenue he wished to take in creating music.
Rev has been increasing his ability on the bass and rhythm guitar.

Orion Hellraiser: An artist from Mexico that composes and produces music, mainly inspired by NWOBHM bands, thrash and heavy metal.
He grew up listening to bands like Metallica, Motörhead, Saxon, Angel Witch, Black Sabbath, Misfits and Venom, so they have a huge influence in the music he does.
He always tries to combine the all-mighty riff with melody compared to other bands, He has his own vision of what metal should sound like, and he tries to bring his small contribution to the genre in one way or another.