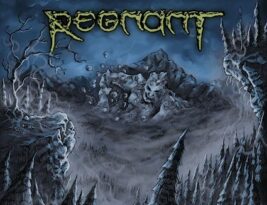 Chilean band REGNANT was born in 1993 and stuck around till the later end of ’95. The band entered Bellavista Studios to record their first demo, recorded by the famous José Luis Corral. The demo was called «Eyes of Suffering» and consisted of 4 songs of great power and intention. The second release was the debut full-length album «Transvisceral» which was recorded at Studio Konstantinopla in 1997, and producer Gonzalo González managed to make an intense album. During that period, REGNANT was influenced by a wide range of musical genres, from Hardcore to old-school Thrash to the most brutal Death Metal and Grindcore, which makes this album difficult to categorize into a certain style.

Awakening Records is proud to officially reissue the amazing album «Transvisceral» and all the tracks from «Eyes of Suffering» as well as 2 unpublished demos recorded in 1995 will be available as a bonus.