THEOSOPHY is a Black Metal band from the heart of cold Siberia! The band was founded in winter 2004 by Phantom, but the project was frozen in ice till 2007 due to other activities.

In autumn 2007 THEOSOPHY has recorded 5 songs for the debut demo. Musicians of famous local bands took part in that record session.In 2008, russian label MUSICA Production has released these songs on the first Split-CD in label’s history. THEOSOPHY and BIZARREKULT became participants of this release. The CD received good feedback and distribution in all parts of the world, from Brazil to Japan. 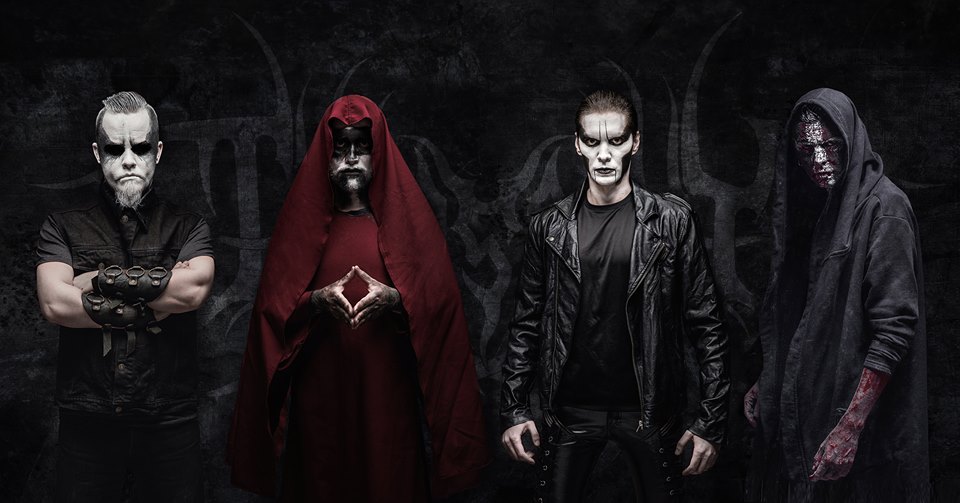 The first THEOSOPHY live show was planned in December of 2008 at the legendary festival «Iron March”, organized and head-lined by thrash legends Korrozia Metalla, but the concert was canceled. As a result the band first hit the scene in 2009 at «Only Metal Fest» and draw attention of public. On the next show the band was one of headliners.During spring and summer 2009 THEOSOPHY recorded several new songs.

In September 2009 THEOSOPHY played as a support act with legendary HELHEIM during their visit to Siberia. In 2010, the band is going to concentrate on active live appearance with new program and release the debut full-length album on No Colours Records. CD has been called as “… out of decades”. In 2011, the band rehearses new program for the second full-length album. Album has been released on No After the “In the Kingdom of North” recording, Adv (THEOSOPHY drummer) left the band and his place was taken by Skinner.  Band continues make shows as a headliner of the various festivals.

During the making of the new album the band decides to divide the new material and make a conceptual work, which was called — “Eastland Tales”.  2 parts CDs were released in 2014 and 2016 on No Colours Records .

Between 2 releases THEOSOPHY guitarist  K.K. has left the band for a sound-engeneering work.  In 2015 THEOSOPHY presented new bandmember – Svåarth.In 2017 THEOSOPHY released first compilation CD for the South-East Asia auditory. Harsh Productions   with co-operation with Sickness Production released “Past Northern Hymns”.In 2018 band made a song “Pandemonoc Outbreak” for a official THERION tribute “Blood of the Dragon”.