Silent Obsession is an Algerian Technical Brutal Death Metal project and the brainchild of guitarist and composer Max Marginal. Influenced by bands including Decapitated and Morbid Angel among several other Death Metal bands, Silent Obsession raised the bar in the Algerian Metal scene with its raw sound of unadulterated, brutal metal music intertwined with dark realities. Originally beginning as a solo project in 2017, Silent Obsession transformed over the years into an ensemble of four members and catapulted its popularity, musical philosophy and technically brutal music compositions to another level with the release of its 2 EPs “Lost” and “Countdown”. 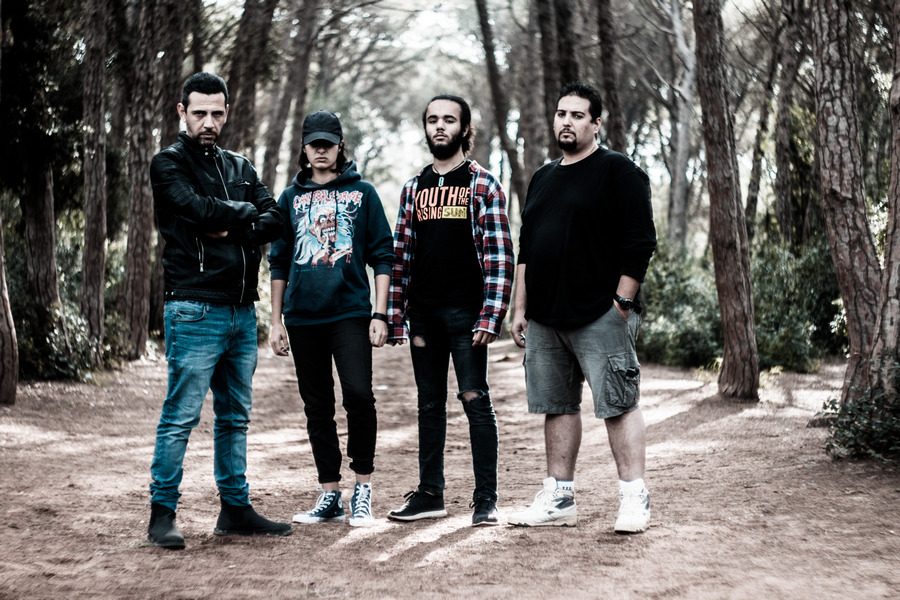 Making its mark with the release of its 2020 breakthrough debut EP entitled “Lost”, a 4-track EP depicting post apocalyptical and dystopian societies concepts within the depths of the contemporary human condition. Wanting to explore such ideologies, Max wrote and composed very precise material to matched these obscure themes visibly on the artwork of the “Lost” EP and audibly on its tracks including “Paranoia Activity”, “D.E.A.D” and “Destruction of the Spirit”. Gaining much traction, reviews and fandom from the success of “Lost”, Silent Obsession is now set to release its highly anticipated second EP entitled, “Countdown” on 15 July 2021. Themed by “the apocalypse, the end of the world,” says Max, “Countdown” features 3 tracks, the “Intro”, “End of An Era” and “Exhausted Resource”.

Inspired by the box office cult movie classic “Mad Max”, Max’s artistic expression manifested into the formation of Silent Obsession and delves into the obscure and covertly, dark side of humanity and society as a whole. Emanating from Algeria’s capital city Algiers, Silent Obsession continues to enhance and help build the Extreme Metal Music community of Algeria with every track fuelled by the harsh realities of depression and degradation of the human behavior, apocalypse and murder.