The band was formed in 1997 by Daniele Gorbini (bass guitar) and Ivan Lattanzi (vocals/rhythm guitar) playing some Metallica cover songs. They performed their first gig on August 3rd 1997 under the name of Metal Militia together with other 2 local musicians. After that first gig Daniele and Ivan chose Lorenzo Pimpini (lead guitar) and Roberto Rastelli (drums) to complete the band line-up. On December 1998 Metal Militia released their first self produced EP ‘Mind Is Blind’ with 6 original songs and also started playing outside of their region and got their first local radio appearances and magazine reviews. 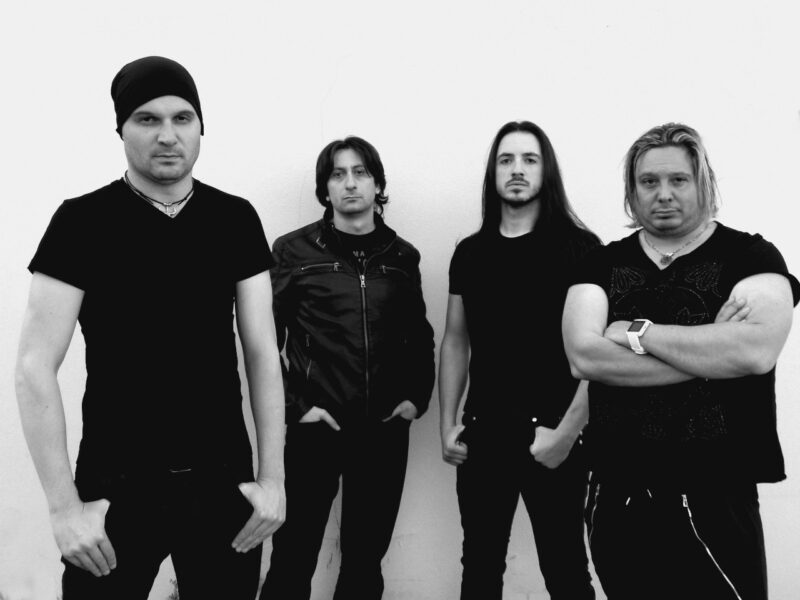 On March 2000 the band released its second self produced EP ‘Existence’ made of 5 original tracks.
On March 14th 2001 was released ‘Stealth’, a self produced album of 11 original songs.
‘Check this out !’ that was released in co-production with the Italian label ZdB on December 17th 2004.
On 21st February 2014 Stealth released its third unedited album ‘Fight For Your Faith’ .

On August 3rd 2017, to celebrate its 20th anniversary, Stealth released a DVD Rom with almost 2 hours of unedited videos and hundreds of exclusive pictures taking during more of 100 concerts throughout Europe. On the 1st of July 2018 the band released the remix album “Fight For Your Fate” showcasing DJs and artists from many countries. The album is a mixture of genres and styles from industrial to techno dance which well reflects the different artists’ backgrounds.

On 31st December 2020 the band released the album “Live For Your Faith”, a live version of Stealth’s third album. It’s the 12th official release of the Italian metal band and was recorded during the ‘Fight For Your Tour’ gigs in Italy, UK and Slovenia between 2015 and 2017.