Hails, we are STORMGREY, old-school Death Metal from Vilnius, LITHUANIA. STORMGREY was formed in 2010. However, our roots in the Death/Thrash scene go right back to 1989 and the early 1990’s when we all played in different Lithuanian Death Metal bands such as NECROPSY, DISSECTION, CONSCIOUS ROT, GHOSTORM, ANOMALY, BURYING PLACE and DAHMER. 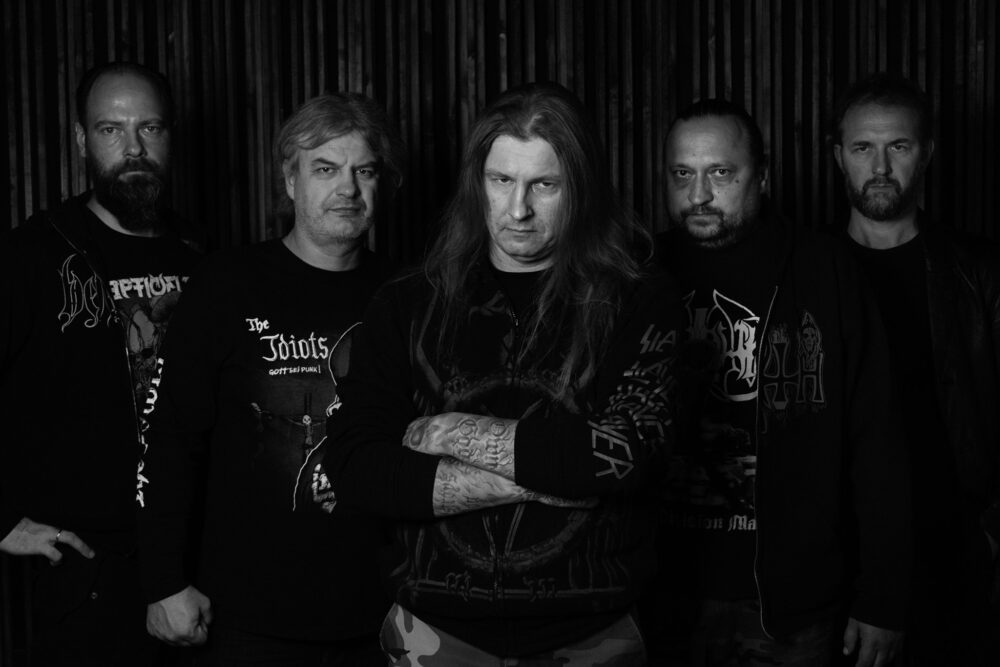 STORMGREY is active live, playing club and open-air gigs in Lithuania and abroad. The band opened for VOIVOD in Vilnius and shared the stage in Holland with PENTACLE, among other bands.

In the beginning of 2021, we put out a 2-song promo from the upcoming second album.

The new album titled DNA Of Chaos was released on 15 October2021 on Great Dane Records (France) in digipack CD format. It consists of 8 new tracks and was recorded at Muzlab Studios in Vilnius by Paulius Simanavičius. It was mixed by Dennis Israel at Clintworks Studios (MISERY INDEX, SIEGE OF POWER, etc.) and mastered by Jens Bogren at Fascination Street Studios (SEPULTURA, KREATOR, etc.). A limited vinyl edition is scheduled for release in 2022.