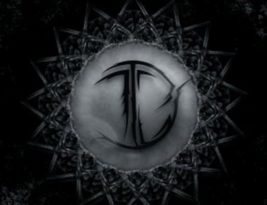 On March 20, Thy Despair band has published a teaser of their Ukrainian EP on YouTube and a rehearsal photoshoot as a bonus. The EP is announced to be published on April 8, after its presentation in Kyiv Volume club. The mini album will consist of three songs and is called Vilny (The Free One) after the name of cognominal song the album includes. This EP will also have an English version which will be published in late April.

Thy Despair band plays dark metal since 2006. Man’s aspiration for freedom and his scramble with insidious creatures willing to enslave his body, mind, and soul is the main idea the band develops in its lyrics. Thick guitar sound interweaving with dark and gloomy melody are completed with heavy male growl and lyrical female soprano voices.