Vice is a 3 piece thrash Metal band of menacing quality!
Coming from the underground Manchester metal scene which takes no prisoners, the songs have the feel of powerful anthems with strong riffs, melodies and hooks and are influenced by bands like Machine Head, Meshuggah, Trivium and Lamb of God; they combine a blistering guitar attack with a powerful rhythm section and passionate Vocals. 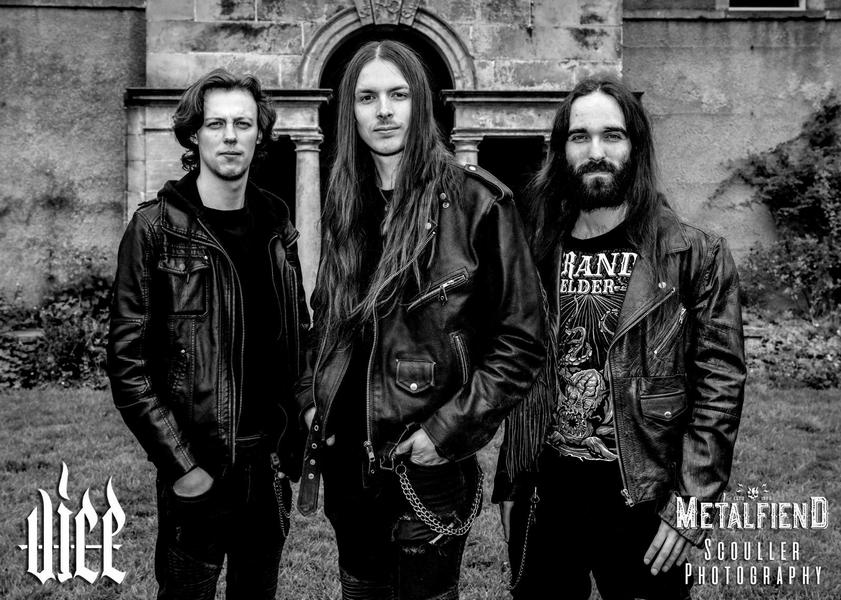 The band has performed on many UK festival bills like Bloodstock Open Air as well touring the UK and Europe with a number of high profile artists, including ‘Blaze Bayley’ and Tim ‘Ripper Owens’ receiving fantastic feedback from fans, as well as critical acclaim from the likes of Planet Mosh, Manchester Rocks, The Moshville Times, Down The Front Media, Metal Temple, Scotland Rocks Radio, Rockfiend Publications and Powerplay magazine.

Vice has worked hard to achieve a strong reputation as an exciting quality live act and their debut album ‘The First Chapter’ was released in April 2017 to acclaim from critics and fans alike.
The bands follow up album ‘For the Fallen’ which was delayed due to the Covid 19 Pandemic, has just been released on 2 nd July 2022 with a album launch show at SOS festival in Manchester