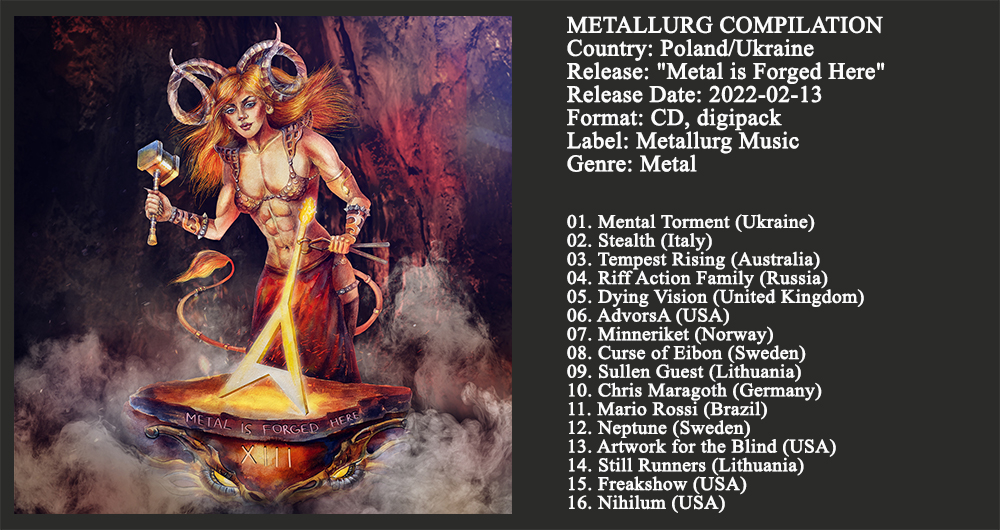 Here is an attempt to describe the experiences associated with how conditioning absorbs the personality, how destructive and harmful feelings of oneself and others begin to sprout from the darkest corners of consciousness. Also, a common point for almost all songs is the conflict of the ego (our «I») with circumstances that threaten to deprive a person of certain things.

‘The Fake New(s) World’ is the new single of Italian metal band Stealth. It is their 13th official release and the first original song the band released since ‘Fight For Your Faith’. The song maintains the standards of the last album but with a more updated and modern sound.

The band have just released the last of 3 singles called “Kingdom” which take the band to a more refined and heavier sound, without losing the trademark sounds that people have become to know and love.

Horrifying Patten of the Mind is about a mental health battle.  The song describes the negative impact on the subconscious and how it is compounded by running in a cycle up to the point of insanity

Unutterable Hideousness is an ode to the H.P. Lovecraft story “Dagon” where a man stranded at sea is confronted by strange aquatic beings from the deep. “And his decent into madness”

08. Curse of Eibon – Whispers in the Dark

Whispers in the dark is about a man whos being drawn into the dark unknown. It’s dark, atmospheric and melodic and you never know what you will find.

It’s a conceptual album about 5 emotional stages of grief. The song «Come With Me» represents the first two — rejection and anger. This is a gloomy invitation to a journey of pain and undefeatable emotions.

10. Chris Maragoth – Tales of My Demise

Tales of My Demise is part of the EP «Tales» that was released back in November 2021. It is a dark and a bit melancholic Melodic Metal song about a protagonist whose life seems to end slowly and in a dark and scary way.

‘Nemesis’ is the opener track from the new album ‘Heavy’ has a typical bluesy hard rock approach.

Over the years, the band has gone through several setbacks of all kinds. So, when a pandemic like Corona sweeps over the world in wild rage, they were greatly inspired by all the medics, doctors, and all hospital staff who give their absolute utmost to humanity and its survival. This is well reflected in the lyrics of — Fallen Nations.

13. Artwork for the Blind – The First Supper

A crushing Death n Roll song. About a dystopian future where the wealthy and elite are hunted as food.

Messed Up is a cozy little dance track. This song tries to describe our feelings about materialism and vanity in todays society.

Built for this shit, all about the liars. And stammer in the music industry. Good music and musicians getting burned all the time …so basically we are REVENGE

An entry in a collection of mythology describing a time of great success in an alien species history. In particular the destruction of Earth’s first Sun in an alternate universe.